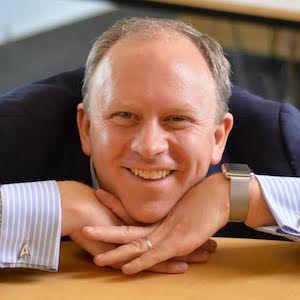 
Bill Carmody has had some epic adventures. From becoming a Top 100 sales influencer to standing next to Tony Robbins as he rung the opening bell for NASDAQ to dropping 50 pounds and finishing in the top 50% in his first 104.6 mile Ironman. (He was even flown to Brazil to interview Sir Richard Branson). Bill’s pronouns are he, him, his and he is a Diversity & Inclusion Ally In Training.

Bill Carmody has founded and successfully exited two highly profitable and award-winning marketing agencies with annual revenues of $5 million and $25 million dollars. With 25 years of marketing experience, he has been in the digital marketing industry since its inception in 1994. Bill Carmody built the first commercial websites for AT&T, CBS, MasterCard and Coors Brewing Company.

The purpose of Bill’s life is to be an inspirational leader who solves problems and creates breakthroughs for himself and others. He is currently authoring his next book, The 3 Rules of Marriage, and is on a mission to help 1,000 powerful executives transform their lives and the lives of their teams.

Bill Carmody is a former columnist for both Inc and Forbes Magazines, having written over 350 articles. He has spoken at dozens of industry conferences across the globe and has had the opportunity to interview many high profile industry professionals such as Tony Robbins and Grant Cardone (both of whom follow him in Twitter) as well as Richard Branson, Malcolm Gladwell and Tim Sanders.

Bill is a highly sought after trainer and a Professional Certified Coach (PCC) with the International Coaching Federation (ICF). He works with world-changing visionaries who are brave enough to build a better future.